The University of Oxford held its sixth Sustainability Showcase on 20 June 2019, with staff and students from across the University coming together to recognise their contributions towards making the University’s operations more sustainable

The event also saw the unveiling of the University’s ambitious new carbon target.

Held at the Sheldonian Theatre with a drinks reception in the Weston Library, the Showcase attracted around 200 people from across the University. Dr David Prout, Pro-Vice-Chancellor for Planning and Resources, hosted the evening after a welcome from Vice-Chancellor Professor Louise Richardson.

‘Where do we start to address such huge challenges?’ Professor Richardson asked, after outlining the scope of the environmental problems we face. ‘This event shows that each of us can make a real contribution.’

Professor Richardson also presented the first ever Oxford Student Union Sustainability awards to recognise the work of both individual students and of groups and societies. 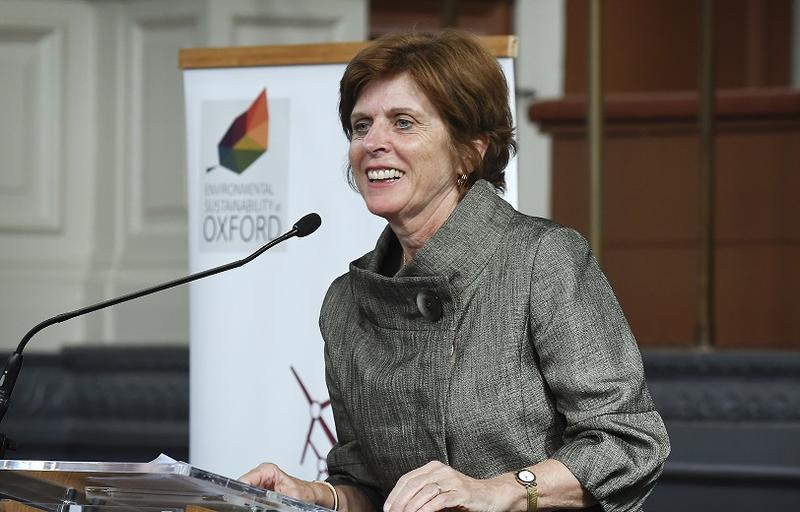 There were prizes for the top-performing colleges in the 2018-19 Student Switch Off competition. Over the six years the competition has been running in Oxford, it has trained more than 364 students as ambassadors and had over 32,000 entries in the climate change quiz.

This year’s Green Impact scheme saw teams who have worked to make the buildings they work in more sustainable receive awards in many categories – bronze, silver, gold and for the first year ever gold plus aimed at teams that consistently push the boundaries.

Oxford University Innovation (OUI) spoke about their ‘Roots to Success’ project, under which they will pay for a tree to be planted at Wytham Woods for every spin-out. OUI will be backdating this pledge, which will lead to more than 200 trees being planted over the next few years – they scooped the Green Impact Project Award. The event also heard from Rodrigo Hernandez of Kellogg College, who spoke about the transport and biodiversity initiatives they have been working on over the year; these saw Rodrigo and a student from the college collect the staff and student awards for 2019.

Harriet Waters, Head of Environmental Sustainability wrapped up the evening by launching the University’s new carbon target. The University plans to at least halve its carbon emissions by 2030, by continuing to implement carbon-reduction projects and building energy-efficient buildings.

For more information and pictures

Please contact the Environmental Sustainability team on +44 (0) 1865 6 14893 or email sustainability@admin.ox.ac.uk 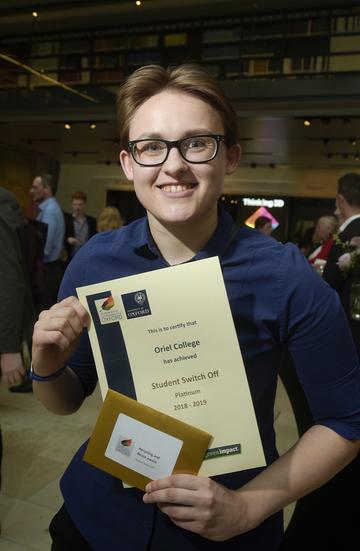 The Wellcome Centre for Human Genetics

SUSTAINABILITY PHOTOGRAPHER OF THE YEAR 2019 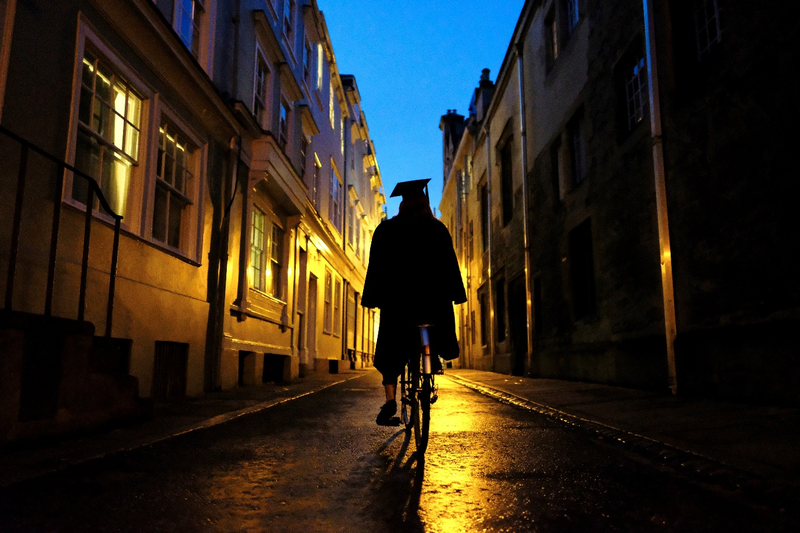 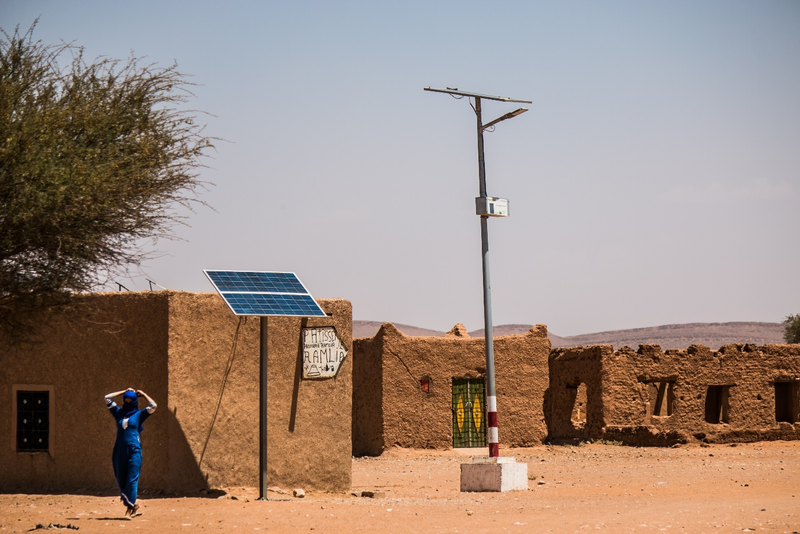 'Remote and Renewable', Karl Dudman, Runner up in Sustainability Photographer of the Year competition 2019 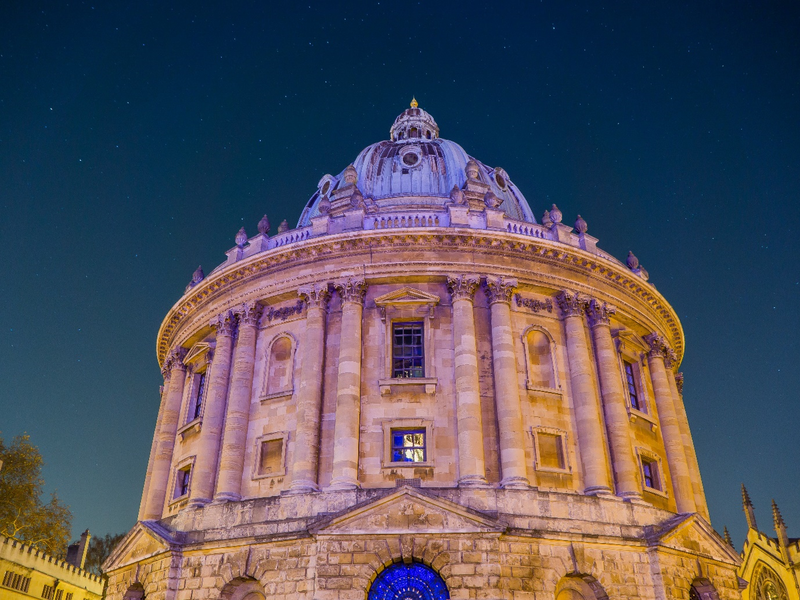 'The Radcliffe Camera surrounded by stars', Mihnea Dumitrascu, Runner up, Sustainability Photographer of the Year competition 2019

Read more about the Sustainability Photographer of the Year competition 2019. 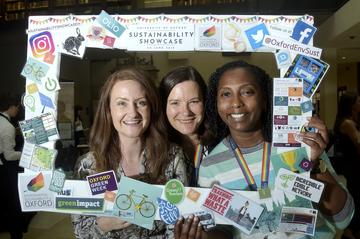 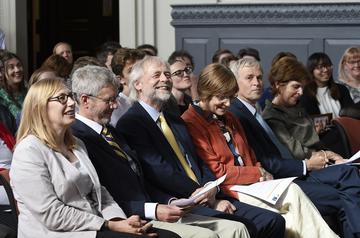 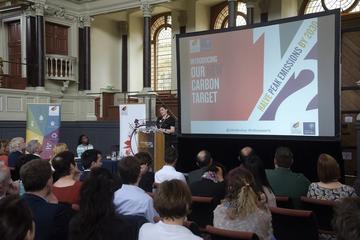