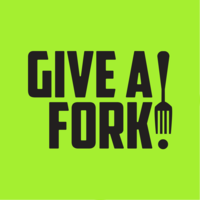 Give a fork logo

Genuine Dining Company (GDC), the caterer at Oxford University Press (OUP), was having to provide increasing amounts of disposable plastic cutlery to replace the metal cutlery that people were failing to return to the restaurant.

The Give a Fork Campaign was designed to encourage the use of metal cutlery, and reduce the use of single-use plastic cutlery, with the aim of eventually eliminating it completely.

The Green Group worked with GDC and OUP's Group Internal Communication team to organise a trial plastic cutlery-free day, which marked the beginning of the campaign.

More metal cutlery was made available, and people were encouraged to return used metal cutlery to collection points (small buckets market with a ‘Give a Fork’ sticker) at staff kitchens around the building. Give a Fork was promoted on various communications channels such as Yammer, the Green Group newsletter, projections on the restaurant area, emails, and leaflets on menu holders.

The trial day was a success; as a result, the Give a Fork Campaign was made permanent.

As of August 2018, the OUP restaurant has been plastic cutlery-free every Monday and Friday.  There is also less plastic cutlery available on other days. According to GDC, ‘there was a noticeable increase in the amount of cutlery returned to the restaurant and collected from the kitchens.’ We received plenty of positive feedback on Yammer, via the Group Communications Inbox, and anecdotally.

The communications campaign will be revived periodically to remind people to continue returning used cutlery to the collection buckets or directly to the restaurant.