Oxford University research has found that one of the biggest ways an individual can have a positive impact on their environmental footprint is to adapt a more plant-based diet. Plant-based foods require less land and water to produce, have a lower carbon footprint,

cause less destruction to biodiversity on land and in the sea. Studies also found that, in terms of the environment, what you eat is more important than where it came from. Veganuary, active in 192 countries around the world with over 1 million participants since its inception, encourages people to take a pledge to ‘try vegan’ for the month of January. As part of Sustainable Food Month, Saïd Business School’s Green Impact, with the support of the School’s Internal Communications team, invited colleagues to give Veganuary a go.

Posts shared throughout the month on the Business School’s staff intranet (Atrium) discussed the reasons why people might want to consider going plant-based, as well as shared more personal stories from colleagues about their own experiences with veganism. The Green Impact team appeared in the staff Town Hall to talk about the environmental benefits of a plant-based diet and to encourage colleagues to give it a go for the month.

People were invited to take part whether it was for one meal, or the whole of January. Colleagues from across the School wrote about their experiences of cooking a plant-based meal and shared it on Atrium, with participants from a variety of departments and areas of the School taking part. Take a look at some of the photos of their meals for inspiration! Throughout the month, staff swapped restaurant (currently takeaway) recommendations, ideas for easy plant-based food switches, and recipes.

With inspiration from the Environmental Sustainability team, Oxford Saïd Green Impact suggested colleagues could try out a ‘vegan tea’ at an upcoming team meeting, swapping their milk for a plant-based alternative, and perhaps bringing along a sweet treat. Colleagues from the catering team even shared simple recipes for people to get baking with.

Taking part in Veganuary brought the whole School together, during what can often be a tough month. Those who took part have mentioned their intention to try and incorporate more plant-based meals into their lives in future. Veganuary was a great way to have a bit of fun, and reduce our environmental impact while doing so. 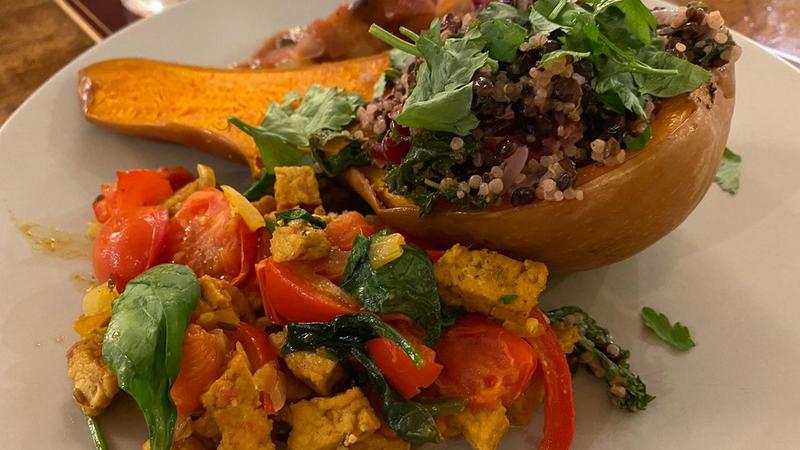